Monarchs: Where Are They Now?

Monarchs: Where Are They Now?

If, in the warm months of 2017, you were anywhere along the Monarch butterfly’s eastern migratory route - which stretches north from Mexico all the way to Canada - you might have noticed an unusually high number of these colourful beauties. Here in downtown Toronto, Monarchs were a common and plentiful sight from July well into October, and I even spotted a few stragglers in early November. Does that mean their population, which has declined by about 90% in the last 25 years, has rebounded?

It’s too early to tell what the 2018 numbers are (those numbers should be available by late February to mid-March from WWF Mexico and Monarch Joint Venture), but we do know that this was an exceptional year not only for Monarchs but for many species of migratory butterflies. This includes the painted lady butterflies, which were so abundant that the US National Weather Service’s satellites picked up a 70-mile (110km) wide mass flying over Denver (or http://www.bbc.com/news/world-us-canada-41528521). It’s the combination of good weather conditions during the overwintering months, a rainy spring that promoted flower blooms, and some winds from the south that pushed the butterflies north that contributed to these population bursts. 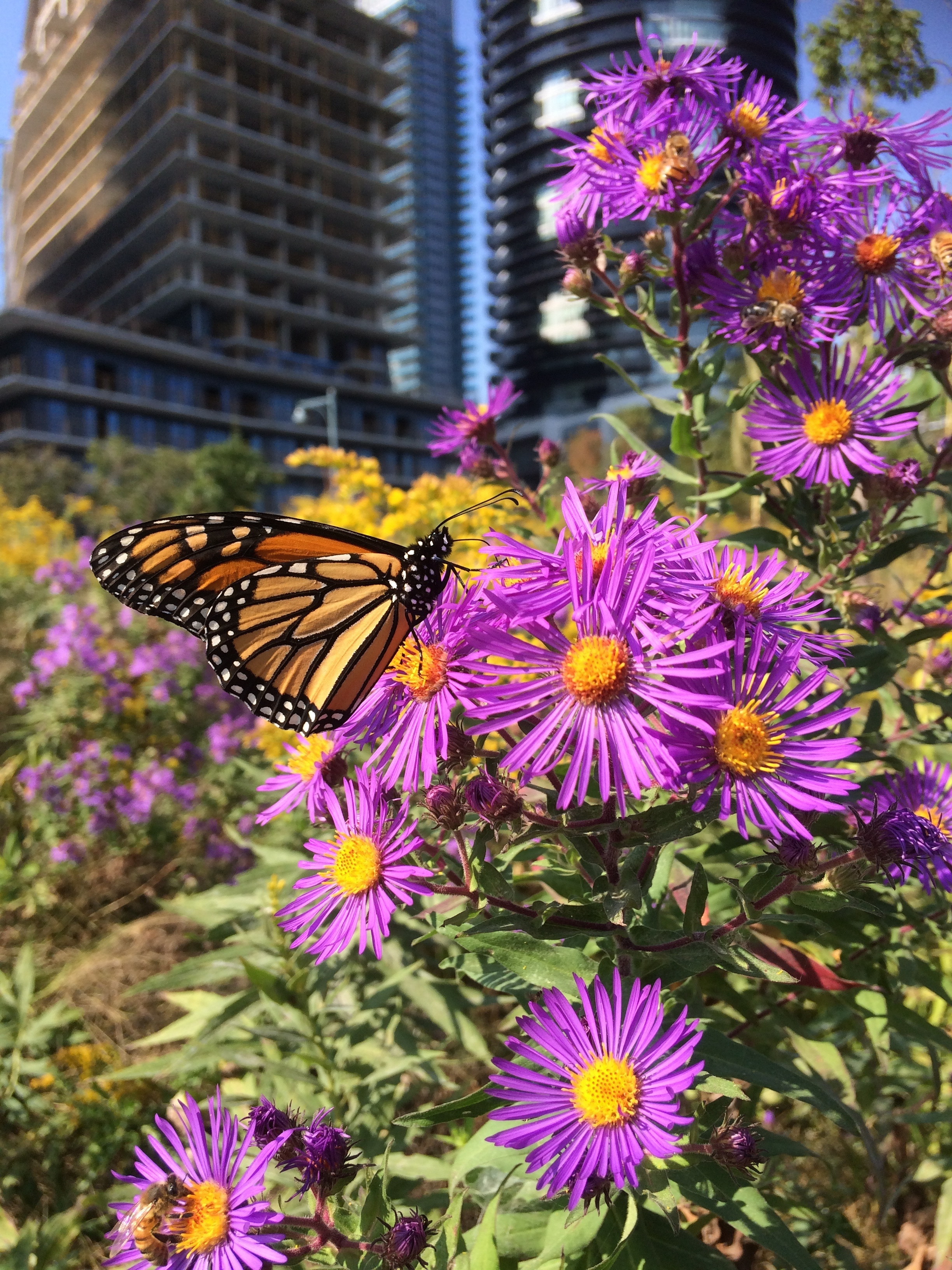 Weather conditions, from draughts to storms to El Nino, have big impacts on year-to-year variability in migratory butterfly populations. So though 2017 might have been a “bumper crop” year for monarchs, these numbers have to be contextualized with long-term trends. It will be a few years still before we can tell whether the decline in Monarchs has slowed, stopped or, hopefully, even reversed.

And while it was a real delight to see so many of them well into the fall, the unseasonal warm weather disrupted the environmental cues that tell Monarchs to begin their migration south to their overwintering grounds. That means many of those I saw in October will not have made it south through the cold snaps, heavy winds and the hurricanes that they will have met along the way. Along with habitat loss, climate change is also a big threat to monarchs.

Fortunately, citizens, community groups, businesses and governments across North America are working together to increase the odds for monarchs. Here at Pollinator Partnership, we are in the planning stages of creating forty (yes, 40!) new monarch habitat sites in Ontario between now and 2019 with help from a diverse group of partners.

And while we wait to find out what this year’s overwintering numbers are, you can have a listen to the sound of millions of Monarch’s wings flapping in the Cerro- Pelon area of the Monarch Butterfly Biosphere Reserve in Mexico. Have a listen to this live audio stream, courtesy of Dr. Jaramillo Lopez, of the Research Institute for Ecosystems and Sustainability at the National Autonomous University of Mexico, and the Locus Sonus project. But hurry up! These monarchs will start heading north in just a few weeks.