Did you know that wasps are important pollinators? Although wasps might not be as efficient at pollinating flowers as their bee relatives, wasps are still able to transfer pollen between flowers using the fine hairs on their bodies. Wasps are especially important for the pollination of figs which depend on highly specialized fig wasps for production and development. Although they are often confused with bees, wasps have some interesting behavioral and and physical differences that distinguish them from their insect relatives. To start, most wasps are predators and prey upon other invertebrates, whereas most bees feed on pollen and nectar as their primary food source. Wasps also have smooth and elongated bodies with long hairless legs and differ from bees which are generally hairy. Amazingly, wasps help control insect pest populations and some species of wasps are considered beneficial insects since they directly predate pest insects that are harmful to crop production. Some species can even be released in agricultural systems to feed on and parasitize pests such as tomato hornworms, aphids, and cabbage worms, being a natural from of pest control. In addition to their insect diet, wasps are also attracted to sweet foods such as nectar, and often invite themselves to human gatherings and picnics in the hopes of gathering a sweet treat. Unfortunately for this reason, wasps are often considered pests and are negatively associated with painful stings and aggressive behaviour. This negative perception should be changed however, as wasps play a critical role in pollination and pest control and are important insects for our ecosystems. 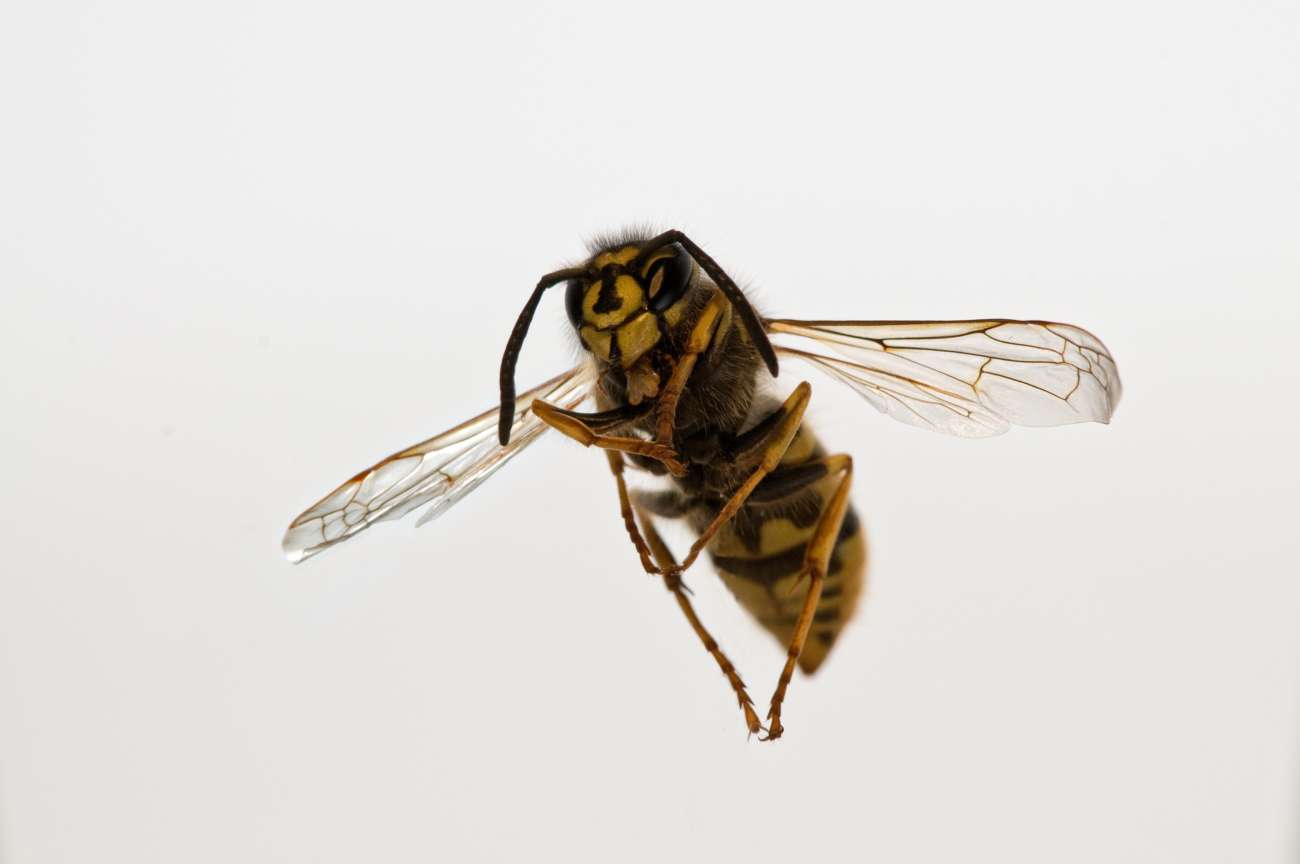