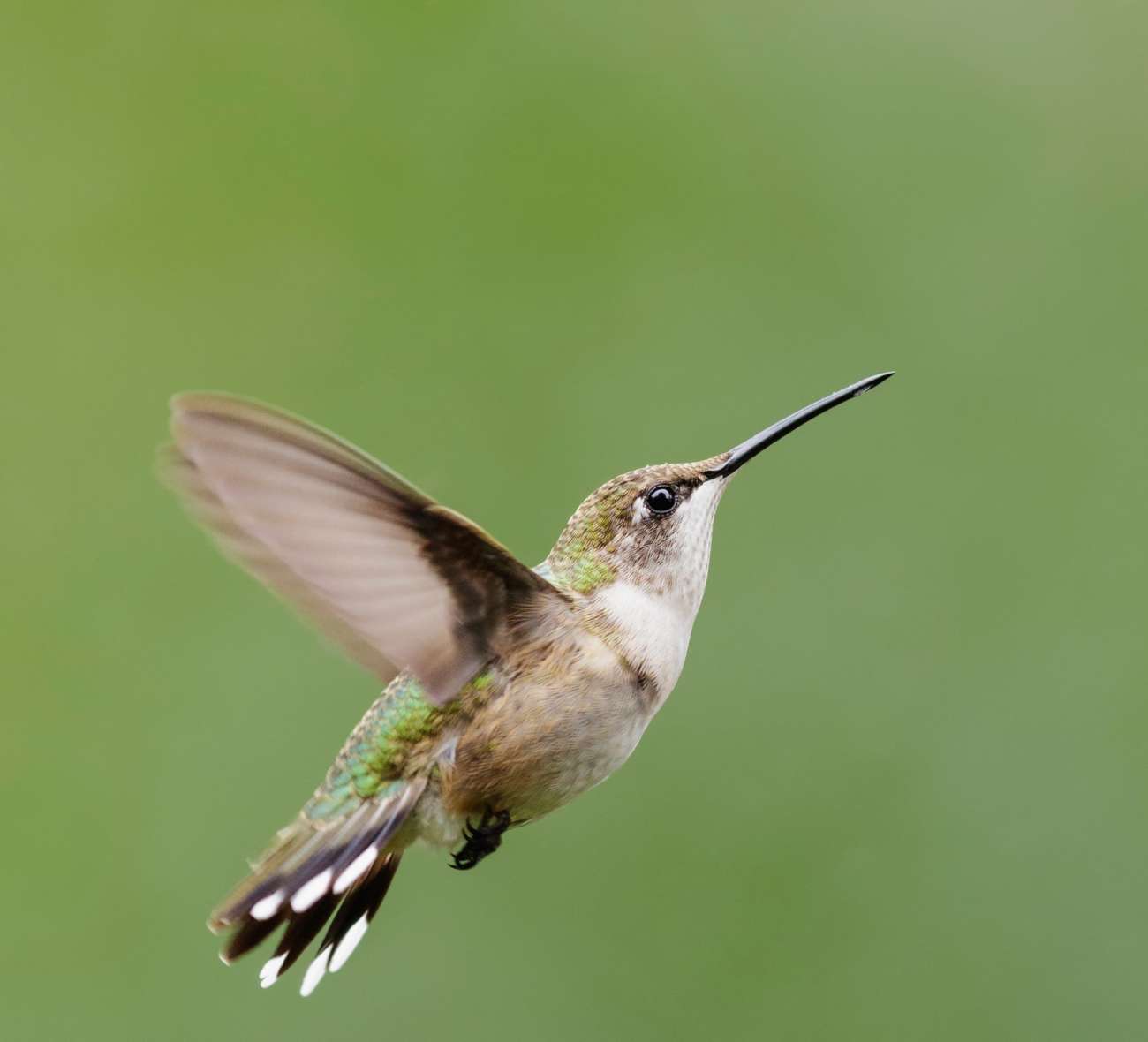 Hummingbirds are the primary birds that play a role in pollination in North America. Their long beaks and tongues draw nectar from tubular flowers. Pollen is carried on both their beaks and feathers. Regions closer to the tropics, with warmer climates, boast the largest number of hummingbird species and the greatest number of native plants to support their need for food. The Ruby-throated Hummingbird (Archilochus colubris) is the only common species in Ontario. Hummingbirds can see the colour red; bees cannot. Many tropical flowers grown as annuals, along with native woodland edge plants, attract hummingbirds.

Hummingbirds play an important role in the food web, pollinating a variety of flowering plants, some of which are specifically adapted to pollination by hummingbirds.

Some tropical hummingbirds are at risk, like other pollinators, due to habitat loss and changes in the distribution and abundance of nectar plants. Climate change and the spread of invasive species may exacerbate these issues for hummingbirds in the future.

Like all birds, hummingbirds have basic habitat requirements, including food, water, shelter, and space to forage and breed, in order to thrive. Whether you’re involved in managing large acreages of public or private land or simply maintaining a small garden or window box at home, you can make them attractive to our native hummingbirds.

Many hummingbird species are migratory and need to find suitable habitat all along their migration routes, as well as in their breeding, nesting, and wintering areas. Long, narrow pieces of habitat like utility corridors, field edges, and roadsides can provide important connections among larger habitat areas. Even small habitat patches along their migratory path can be critical to the birds by providing places for rest and food to fuel their journey. 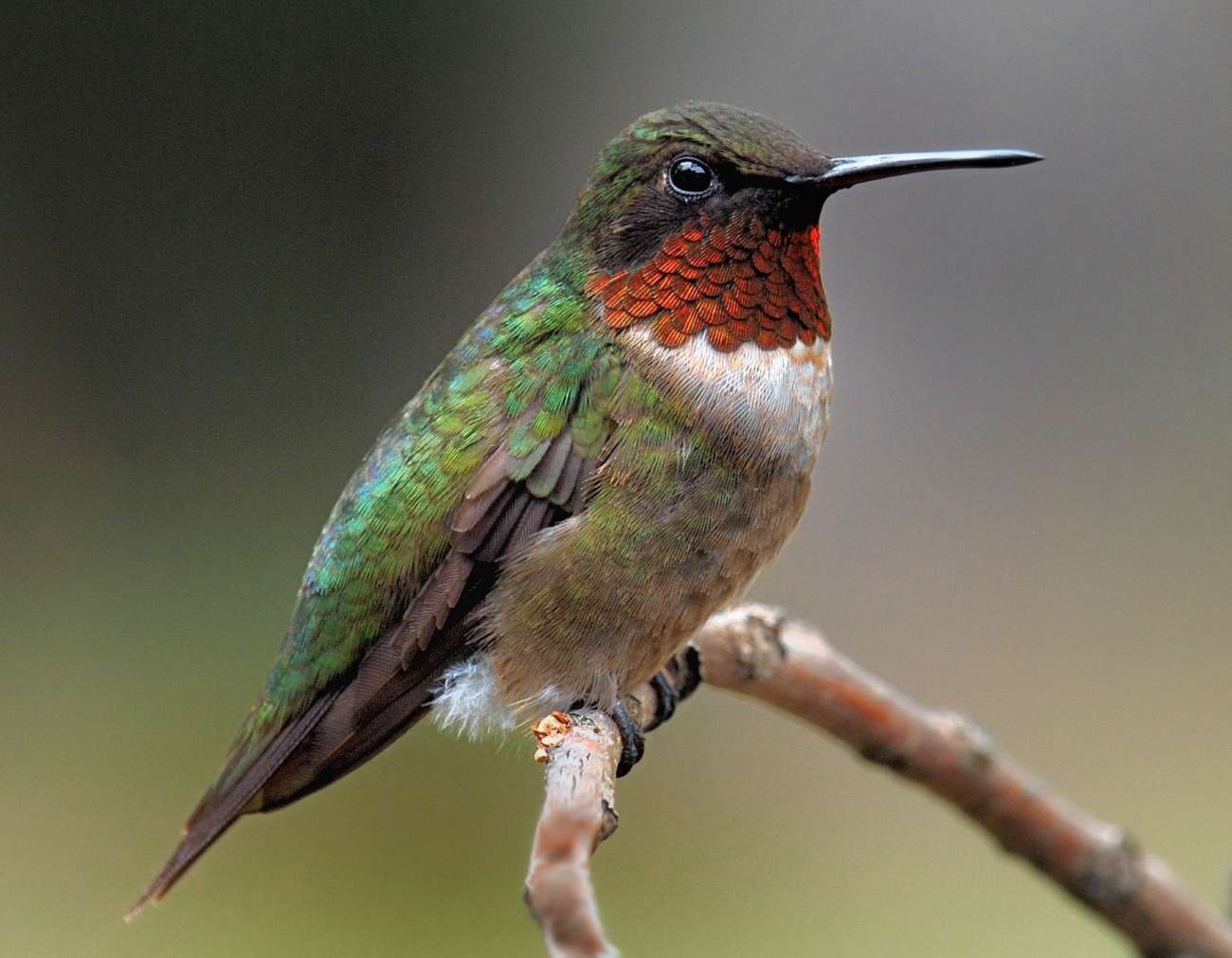 There are more than 300 species of hummingbirds in the world, all of which are found only in the western hemisphere, from southeastern Alaska to southern Chile. While hummingbirds exist in a wide range of climates and environments, many more species can be found in the tropics than in temperate zones.

Many North American hummingbird species are migratory, covering enormous distances each year as they journey between summer breeding ground in the north and overwintering areas in the south.

The pugnacious Rufous Hummingbird (Selasphorus rufus), found on the west coast of Canada, travels roughly 6000 kilometres (one-way) – the longest documented hummingbird migration – and breeds farther north than any other hummingbird. Traveling in an enormous loop, it moves northward along the Pacific Coast from wintering sites in Mexico to summer breeding grounds as far north as Alaska, following the Rocky Mountains on the return trip south.

The Ruby-throated Hummingbird (Archilochus colubris) is the only hummingbird found in eastern Canada, crossing the Gulf of Mexico each year as it migrates between overwintering sites in Central Mexico and summer breeding grounds in the eastern U.S. and Canada. 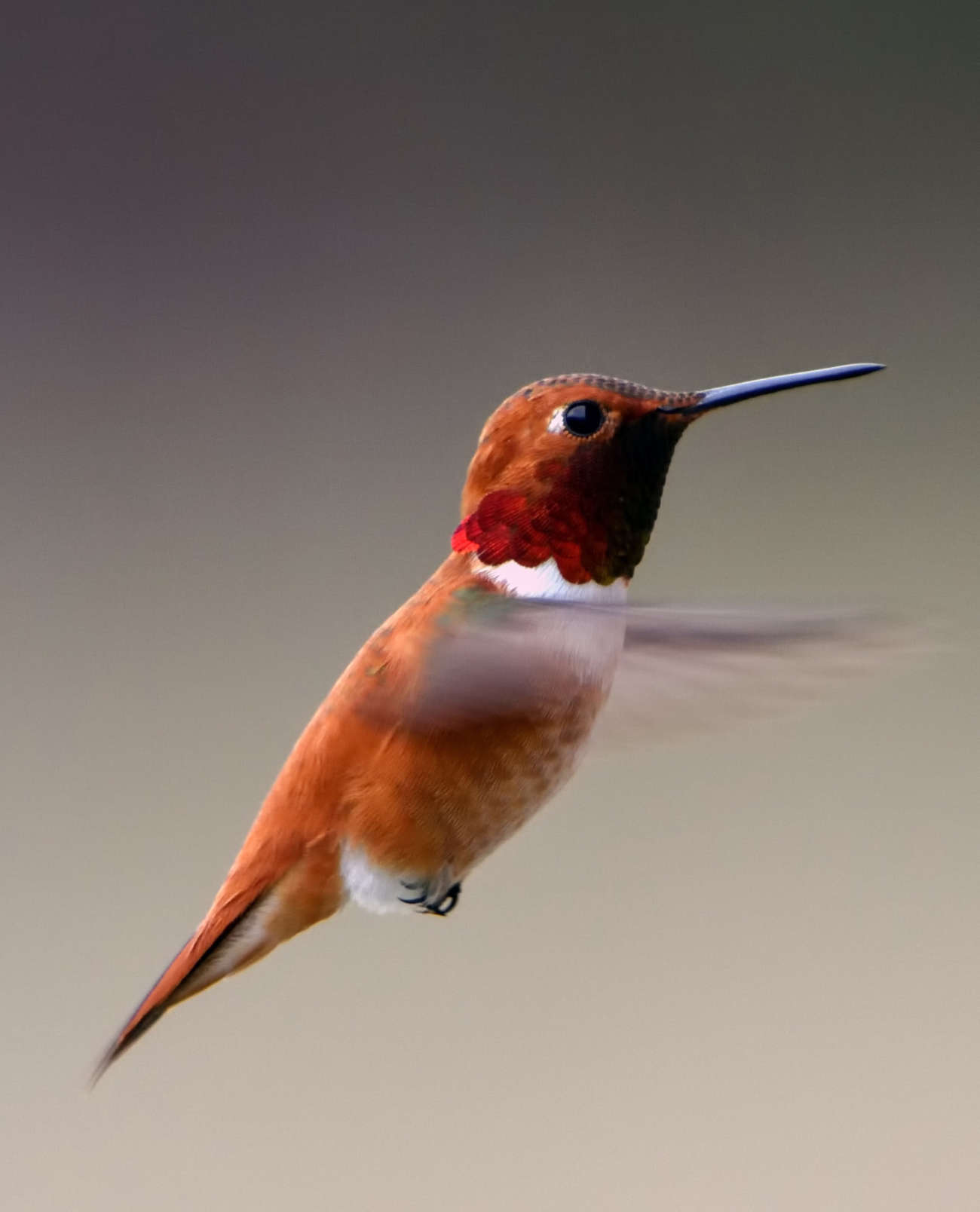 Hummingbirds feed by day on nectar from flowers, including annuals, perennials, trees, shrubs, and vines. They feed while hovering or, if possible, while perched. They also eat insects, such as fruit-flies and gnats, and will consume tree sap, when it is available. They obtain tree sap from sap wells drilled in trees by sapsuckers and other hole-drilling birds and insects.

Hummingbirds get adequate water from the nectar and insects they consume. However, they are attracted to running water, such as a fountain, sprinkler, birdbath with a mister, or waterfall. In addition, insect populations are typically higher near ponds, streams, and wetland areas, so those areas are important food sources for hummingbirds. 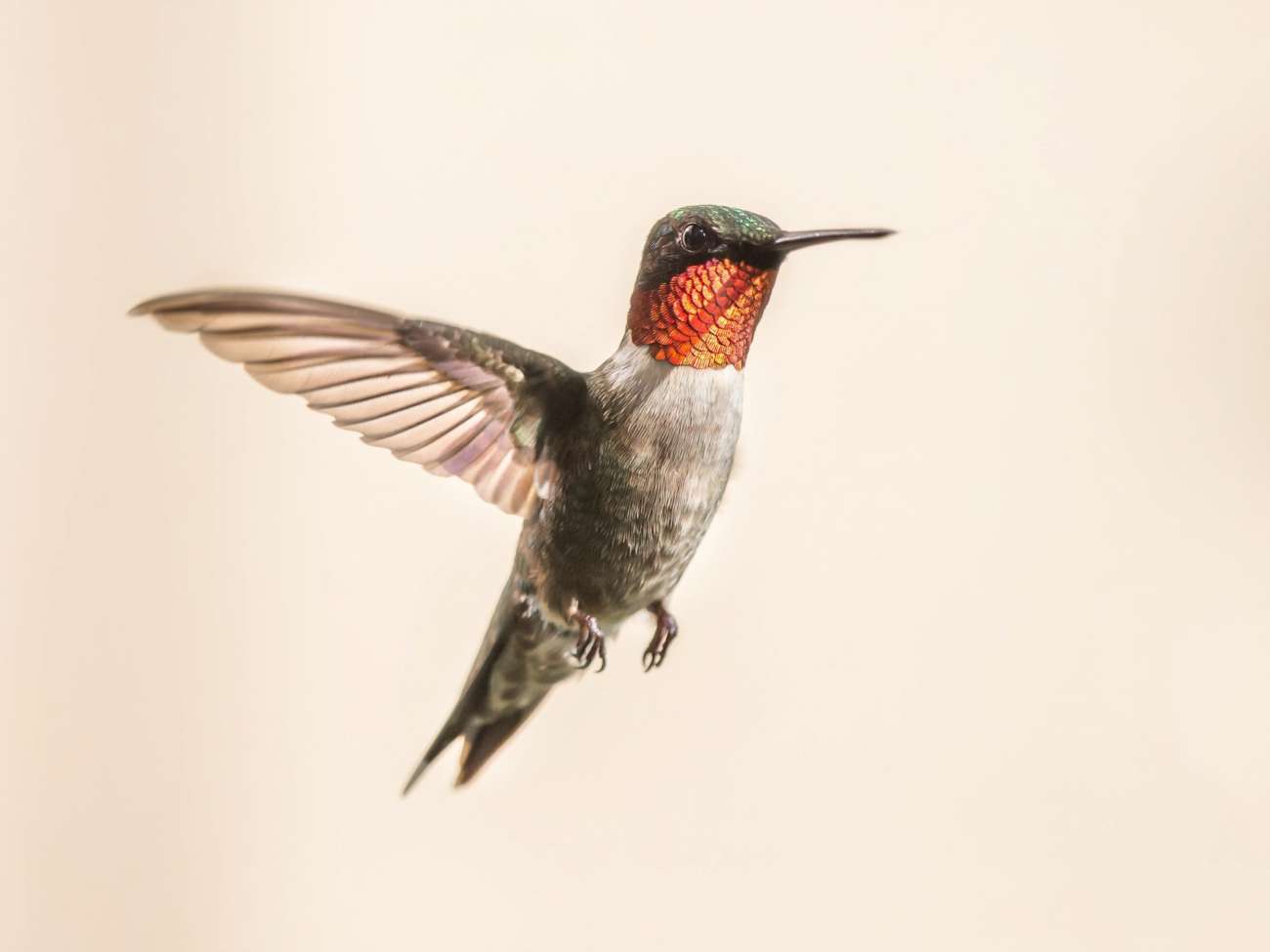 Hummingbirds are often specially adapted to their particular environment and food sources. As a result, many hummingbird species are incredibly sensitive to environmental change and dependent on the continued availability of their preferred habitat. In fact, all hummingbird species currently listed as vulnerable or endangered on the IUCN Red List are primarily threatened by habitat loss and destruction. While none of the North American hummingbird species are currently of conservation concern, those that are at risk are endangered due mainly to conversion of their native habitats to agriculture in Central and South America.

Climate change will likely have major impacts on hummingbirds through rapid alterations of natural landscapes. For instance, some hummingbird species live only at sea level (such as in the Bahamas), and so a sea level rise of 1 meter could push them towards extinction. Likewise, climate change may disrupt native habitats, especially of tropical species that have small, specialized ranges. Climate change is also predicted to enhance pressures from invasive species, as described below.

Additionally, some scientists have claimed that warming temperatures may change the phenology of vital nectar plants, particularly at higher latitudes, which could potentially affect the breeding success of certain migratory hummingbirds. However, further studies are needed to determine exactly how these phenological shifts will affect hummingbird populations.

People often plant nonnative plants for their ornamental value, but these exotics can become invasive and rapidly crowd out local native species. Planting nonnatives to attract hummingbirds can disrupt ecosytems and should be avoided. Consult the regional land manager’s guides below for lists of native nectar plant species that benefit hummingbirds in the western U.S.